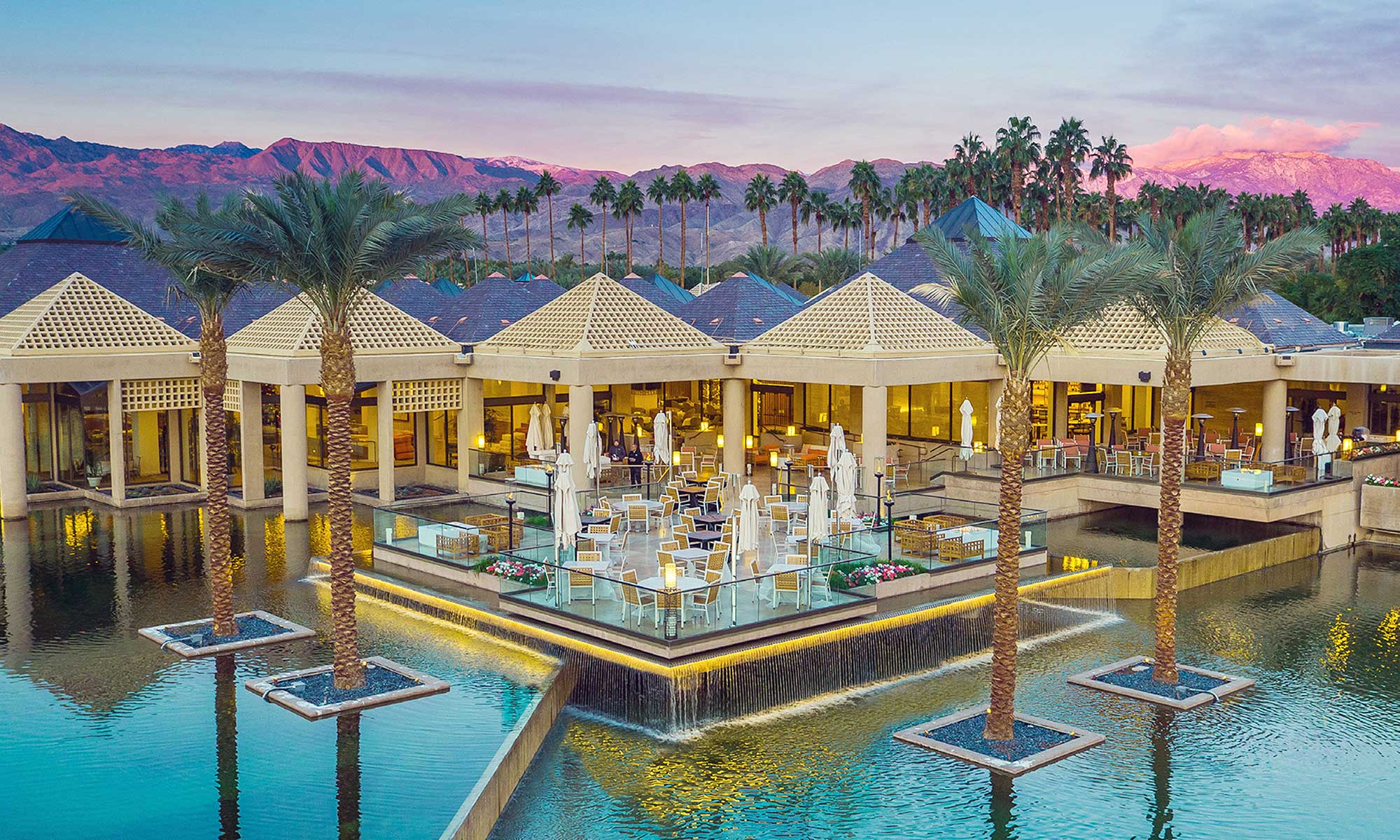 The Vintage Club is a world class private club originally constructed in 1982. The two-level facility of nearly 85,000 square feet has undergone multiple renovations over the last 30 years. Located in the Coachella Valley, next to the Santa Rosa Mountains in Indian Wells California, the clubhouse is part of a development that covers over 700 acres of prime land adjacent to Mt. Eisenhower.

Teaming with the original design architect, Robert Geering FAIA, Aetypic served as the executive architect in charge of the major renovation project of approximately $20 Million. The project’s primary task was to recreate the original symbiotic relationship of being one with the desert from both outside and inside of the club. The team was tasked with making every space suitable for multiple uses, focusing on the views, and providing for discreet operational function.

The design goal was to allow every room to be utilized to its fullest extent within a modern, timeless envelope through modern, bright, quality finishes. The club was originally very open both visually and acoustically. To allow for multiple functions to occur simultaneously, stacked glass panels we added which can enclose strategic spaces and still allow light to infuse all areas. Two fireplaces flanked by glass and wood grid doors that match the existing sliding grid doors were added. These new features, along with four fireplaces at the grill and outdoor fire pits, both augment the visual interest and provide acoustic privacy for smaller events.

The main entrance was completely redesigned to present a new transparent and inviting welcome. An artist was commissioned and a Mondrian inspired art glass façade with integral automatic doors was creative which inspired the design motif which was continued throughout the club in floor lanterns and wall sconces.

The renewed club facilities have garnered praise on many fronts, reinforcing the position of the Vintage Club as a premier golf venue. The project has been prominently cited in both Palm Springs Life and Vintage Magazine, and renown Golf Inc. Magazine, with live coverage available on KESQ News Channel 3.

The club is now a gracious environment where members and their guests can connect with each other in a variety of casual and formal spaces both indoors and out. 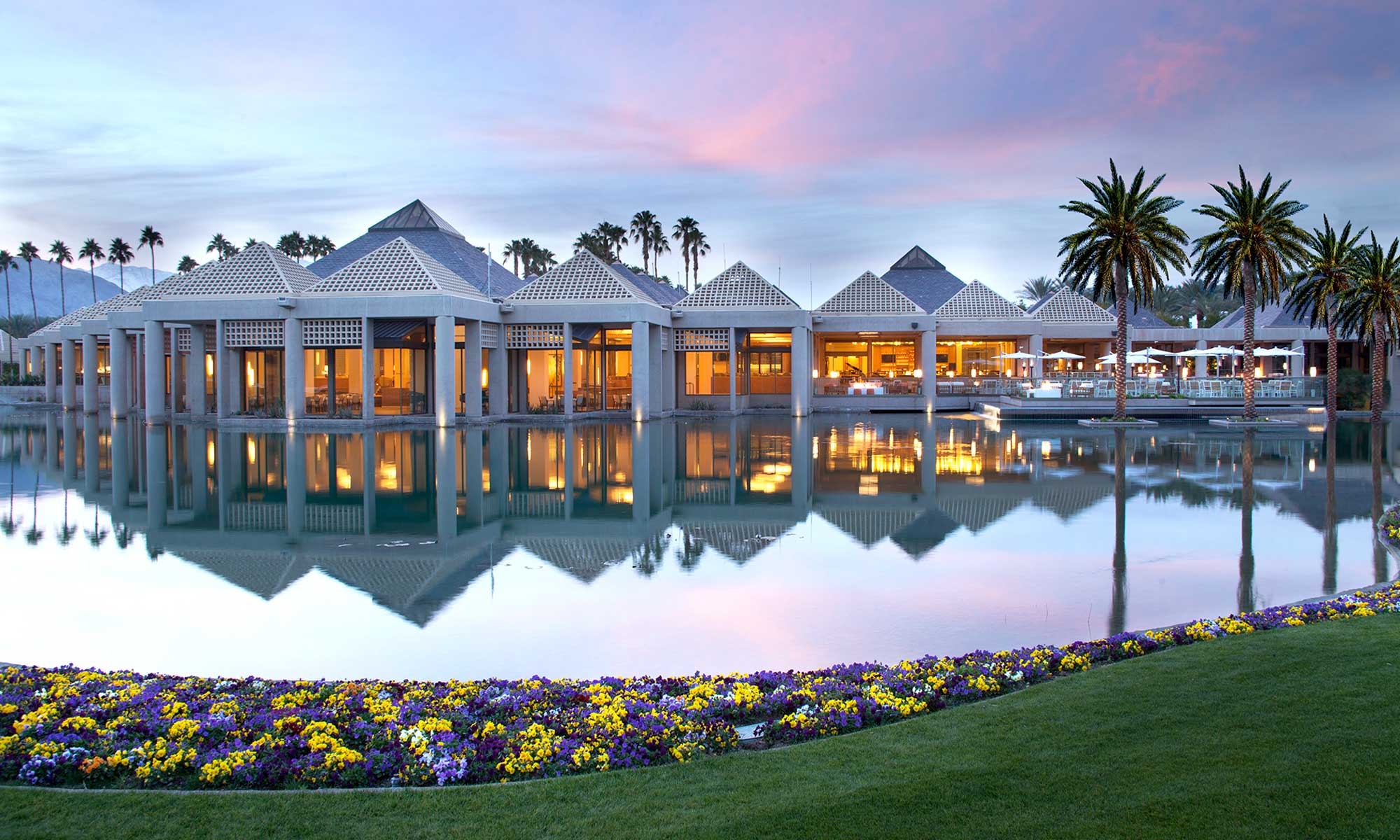 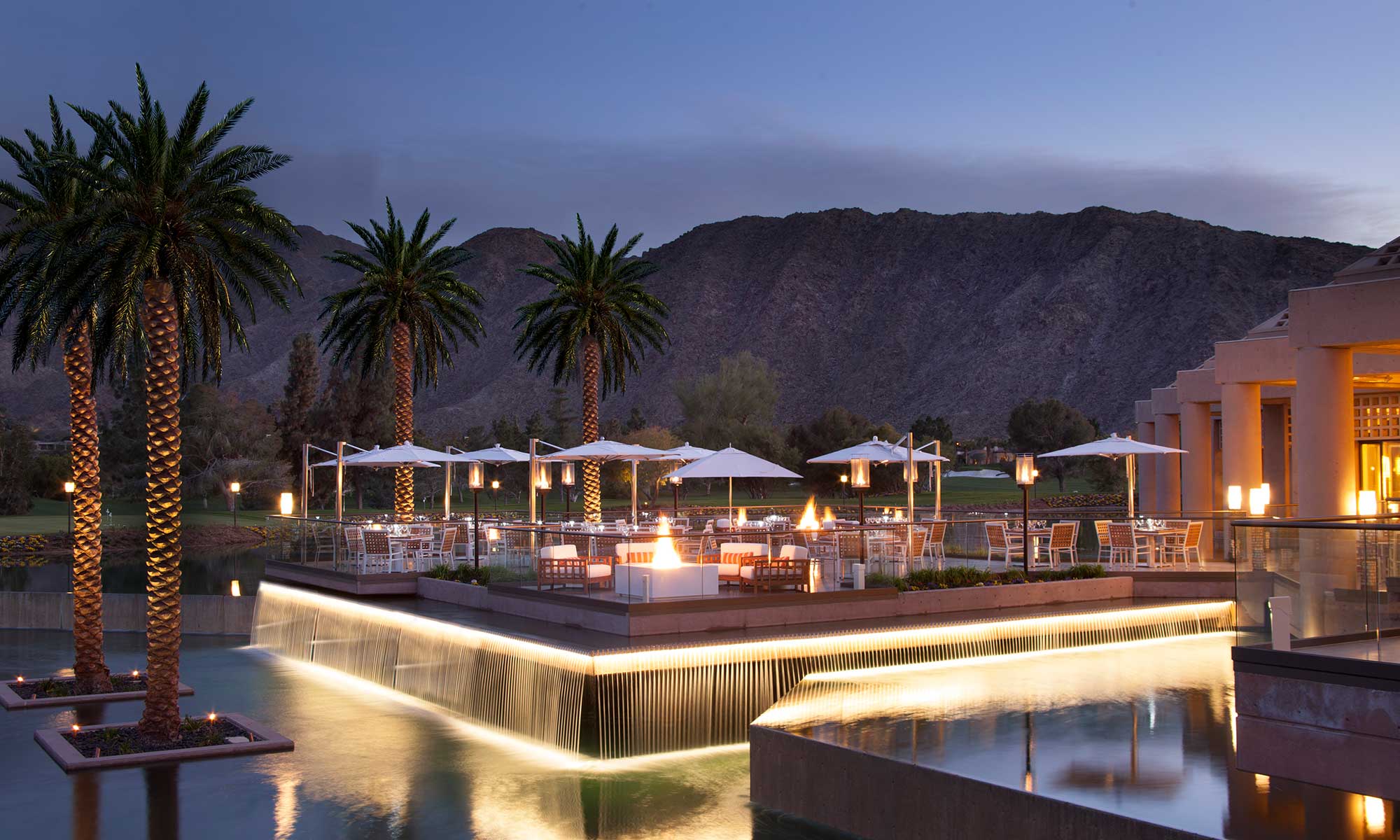 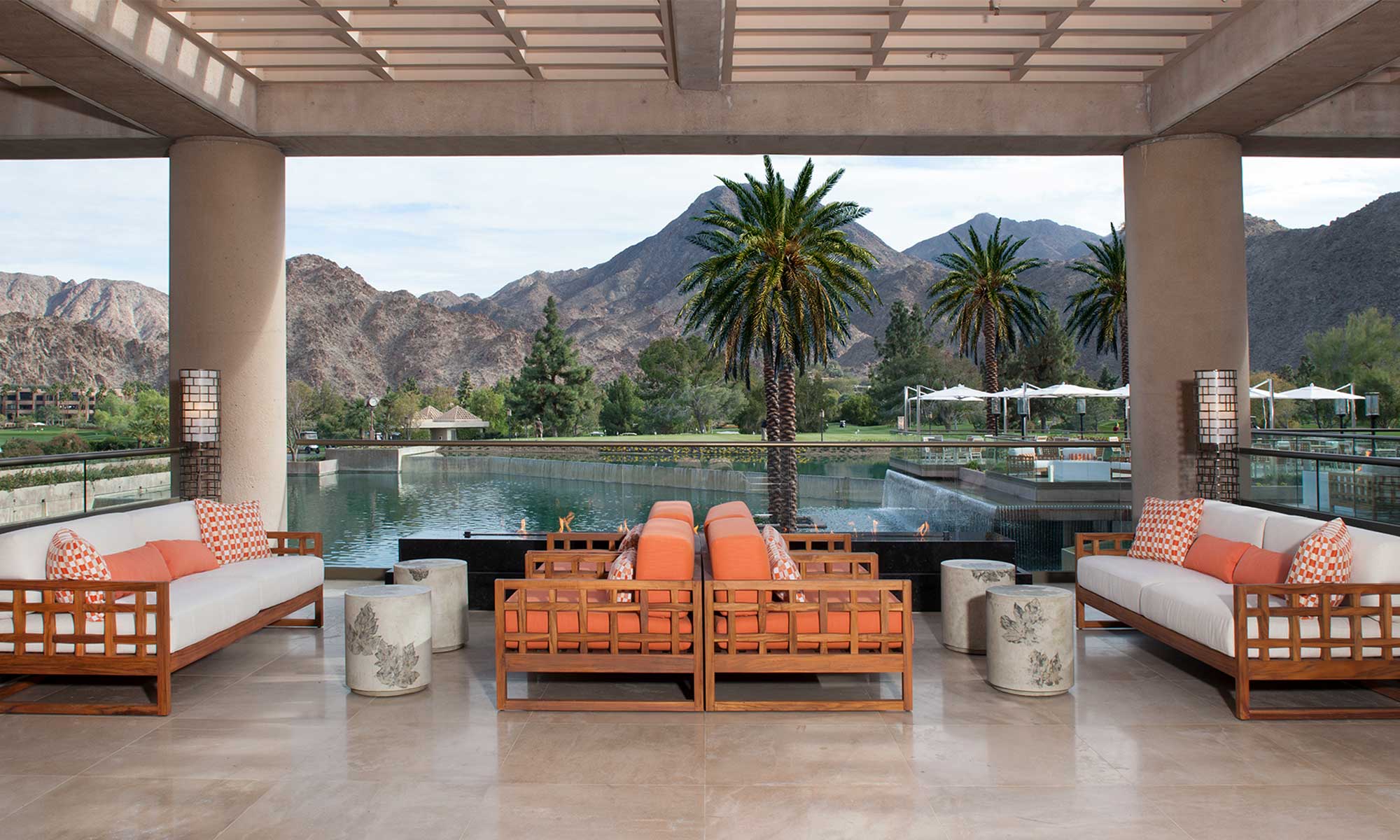 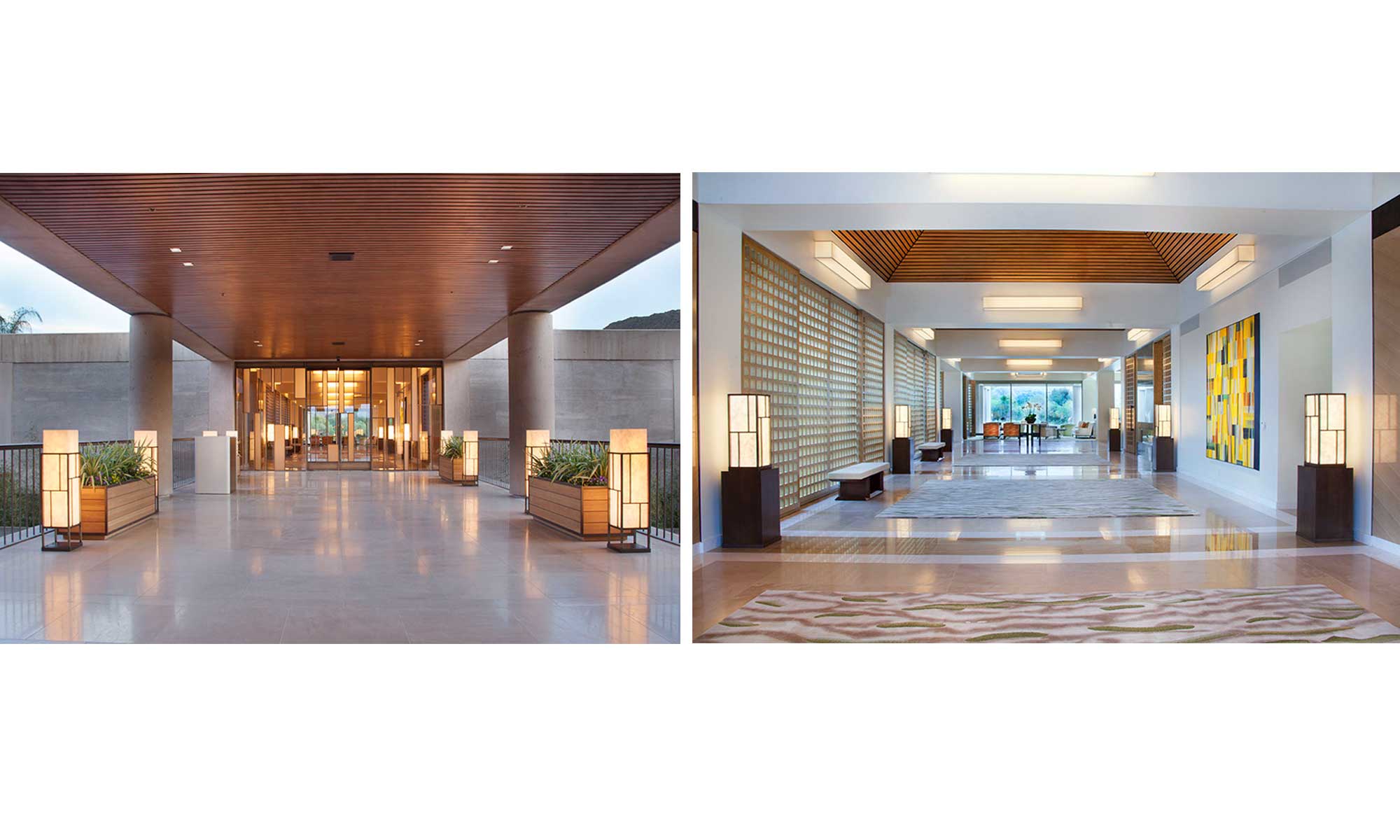 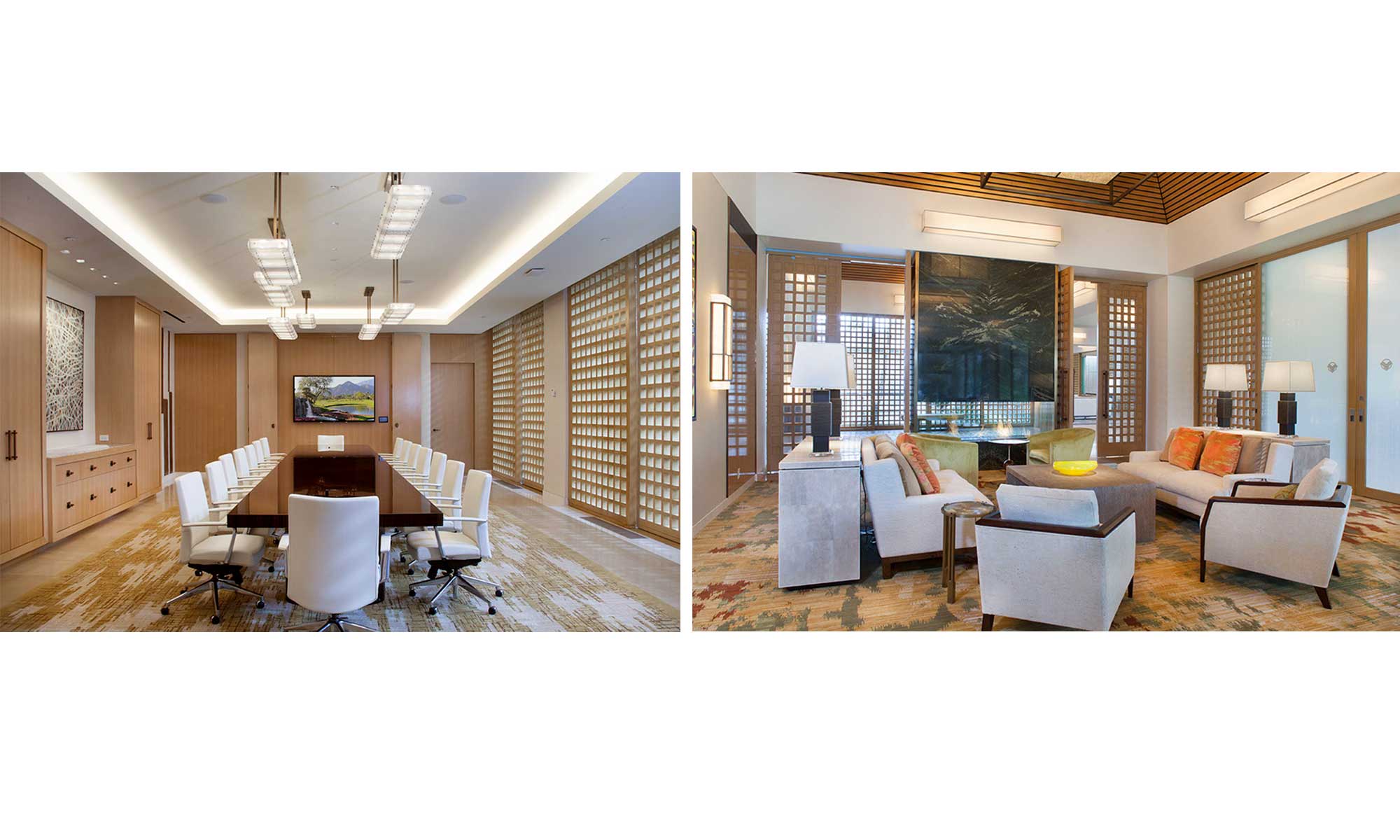 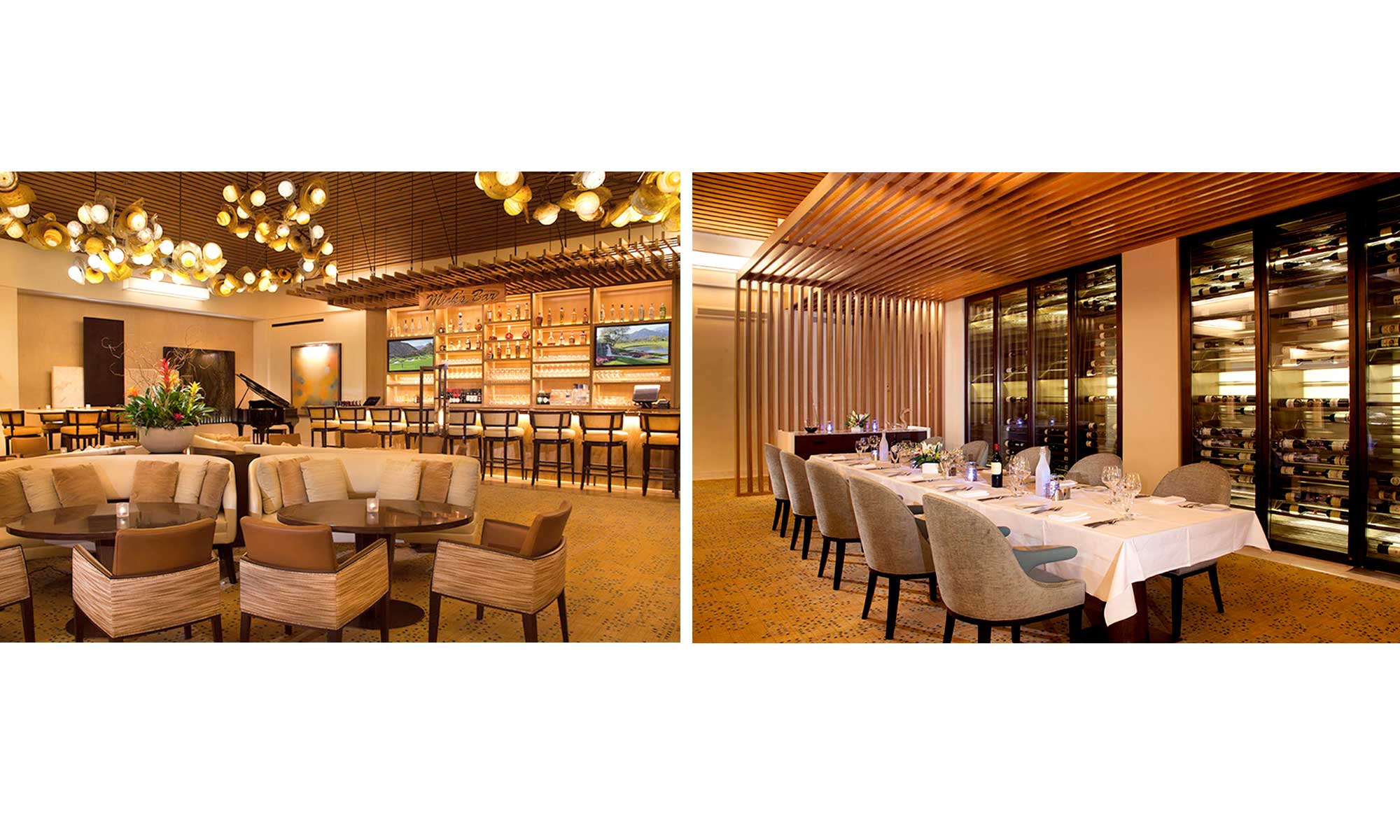 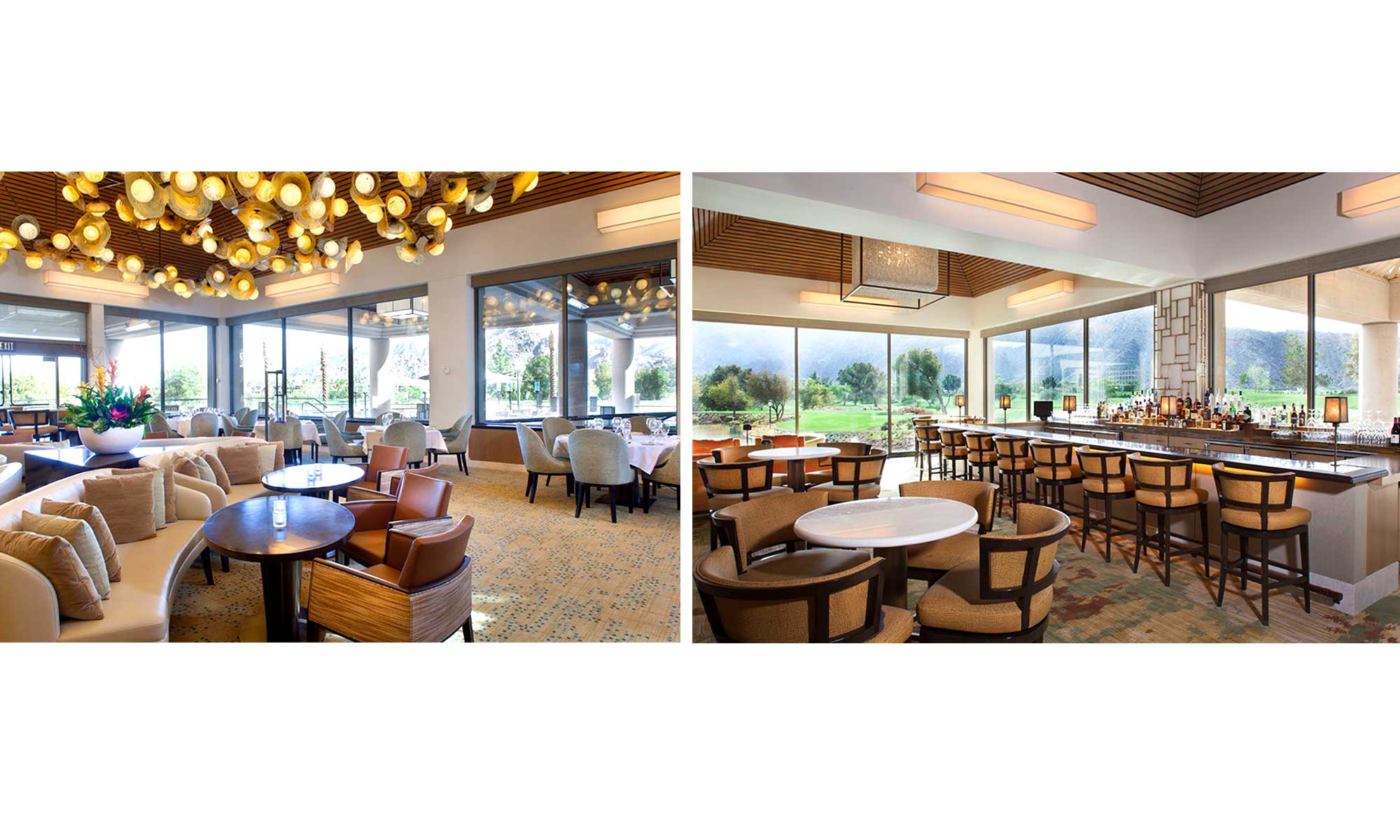 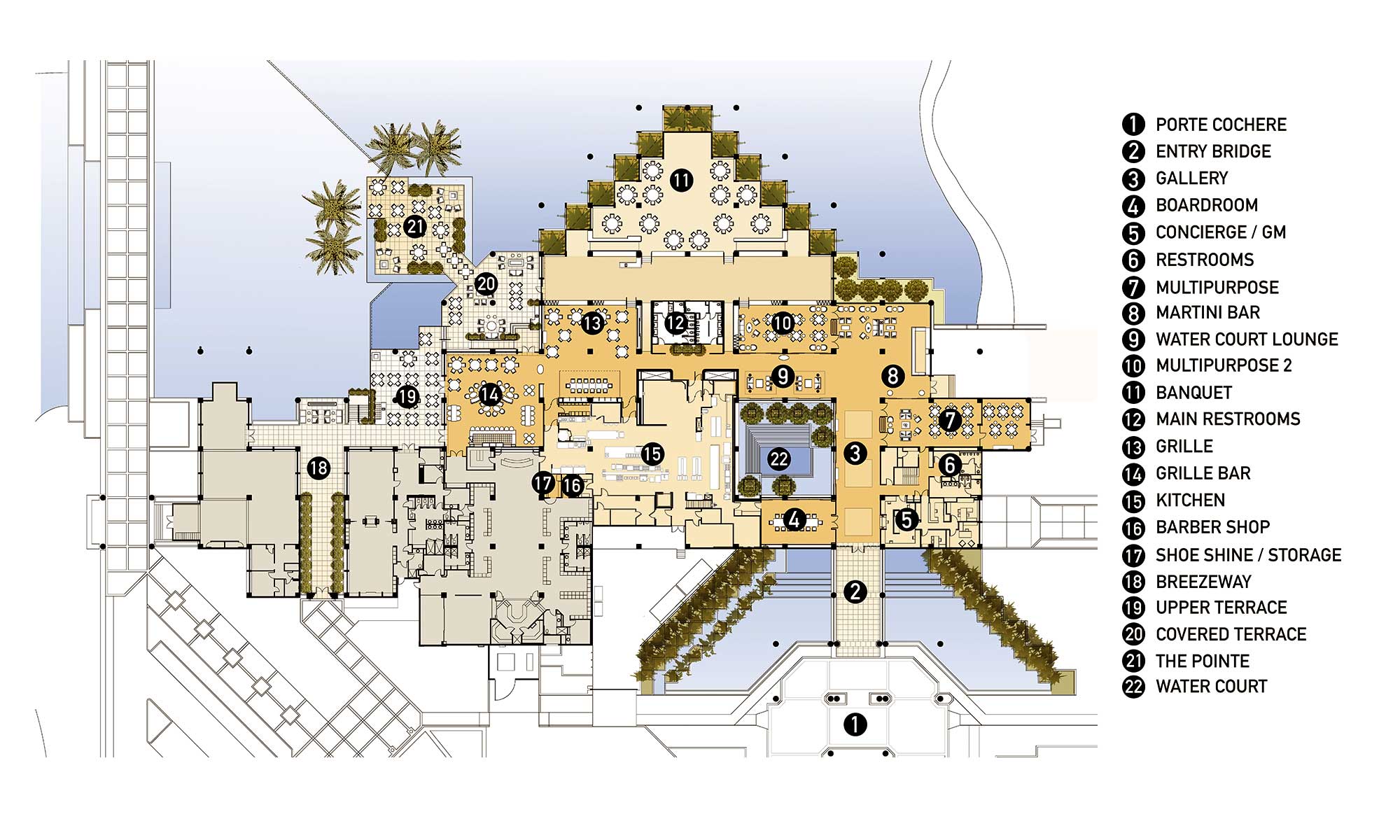