Designers' efficacy is challenged as the world's workforce adapts to a rapidly-evolving office model.
Musings
February 1, 2021 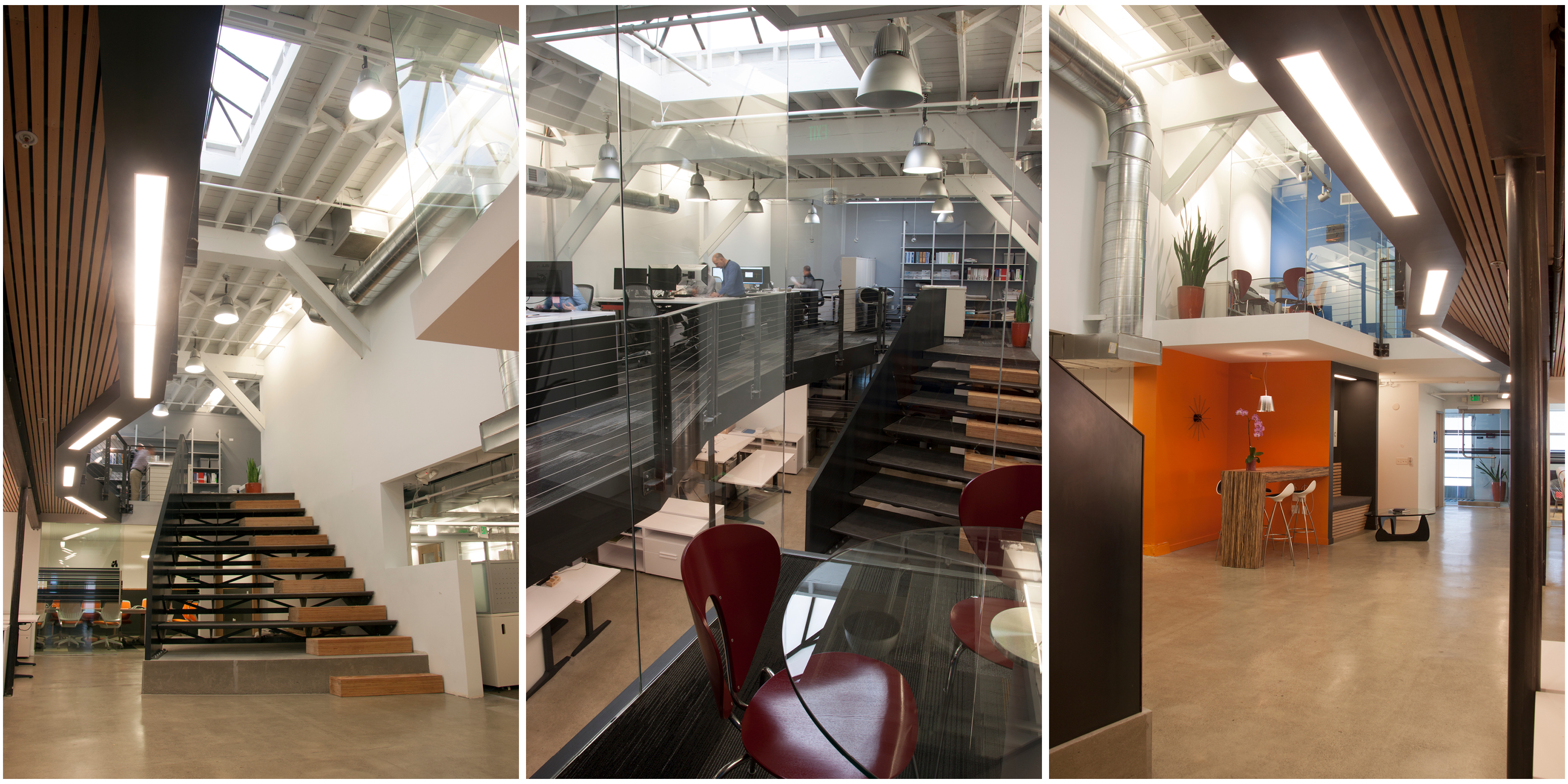 Almost everywhere I look, whether it is MSNBC, Facebook, Twitter, CNN, or discussions with my coworkers, everyone is talking about how we get back together in a newly arranged and newly policy-planned office environment, OR NOT. And when.  Some of us, probably not all (according to rumors I hear around town), have continued to work from home without missing a beat.  It has worked out fine in Aetypic’s architectural division.  Yes, there have been some gaps, particularly in the mentorship area.  It is easier to explain how a building is built when sitting eyeball to eyeball with one another where one can sketch out, piece by piece, of how one part of a construction follows another and why.

There are however all the usual suspects as to what we should do to facilitate our “return”: masks, new furniture spacing, social distancing as it applies to common spaces and meeting rooms, sanitizing surfaces at least on a daily basis, smart staffing plans, and my favorite: one way traffic markings.  These are applied to all of the different schematic office layout typologies, including the private office model (which has its own characteristic of “do I enter or do I stand in the doorway and yell at my boss from across the room?”).

Of course ZOOM meetings have their own drawbacks as well: do I get dressed for the video chat or do I just turn off the camera?  How is my lighting? (I have noticed one coworker in particular who shall remain nameless who has the best facial lighting of all of us when meeting on ZOOM.)  Where do I point the camera and not violate my spouse’s privacy? What am I showing in the background of the shot? When people back up their shot with a bookcase it is tempting to get hung up on the titles in order to get insight into the person’s character, and then to second guess one’s own curiosity for such things as a personal character flaw.  And then miss the whole point of the meeting.  I am learning to not do that.  No one I have met on ZOOM so far has books (in the background at least).

But all-in-all ZOOM has worked out fine.  I look forward to our digital get togethers. But all of this is new of course.  (Also new is the issue of childcare if and when people return to the office and there are no schools that are open.  This is a problem for those in child bearing years and my sympathies abound.)

In the 19th century, looking back to what is not new, offices in the Victorian era were pretty much a series of single use private offices.  This was the norm up until post WWII, at least here in America.  The whole centrally located open office model as evidenced by some of SOM’s work in the 1950’s that gave way to the elaborate corner executive offices of the 60’s (see Mad Men & SOM typology below) with its central secretarial pool:

Next up were the cubicles of the 70’s and the furniture landscapes of the 80’s.  Of course parallel to Mad Men and Don Draper in the 60’s were the live/work loft conversions in lower Manhattan.  The whole open office concept though never went away, it follows in all of these different decades.  We use it today in our own office. An open office is the only type of office I have ever worked in.  To me it has always been the “studio” model.  But before I get to the present, I would like to give a nod to Herman Hertzberger and his interpretation of open office in 3 dimensions as seen in these photos of his Centraal Beheer office building in the Netherlands:

So back to the recent present: we certainly see a welcome trend the last dozen years or so of a combination of all these predecessors (except maybe for Herman’s stuff) with the added touch of bench seating, where laptops prevail.  This is a welcome change, or evolution from, the 25 square foot L shaped semi-cublicle of also a few years ago.  All from the use of a laptop, desktop, keyboard and screen, since drawing boards and other space eating furniture systems have gone by the wayside at least in somewhat recent office planning.  These bench type configurations (seen below) are often combined in an open office situation of sofa, lounge chairs, and low coffee type tables for spontaneous get togethers.

This notion of working from home and using “flextime” as the new paradigm flies in the face of managers of the 60’s and 70’s who as products of the post WWII era had a methodology of “command and control”.  The concept that staff could work other than a uniform workday or workweek was unfathomable to them.  Flextime would have been considered insanity.  Nor was there even the technology to administer it.

Now…it would appear that since COVID-19 is here all bets are off.  Flextime from home is in play. I originally, like others, thought that besides the virus being active on surfaces as well as being an airborne disease, that we have to continually sanitize.  But apparently according to the CDC that may not be true, that it is mostly, if not only, an airborne transmission.  Therefore, sanitizing surfaces beyond what is normally considered clean, is not necessarily required, although not something to be avoided either.  The main thing is that it is transmitted through the air.  OK. Now what.  Our open office (studio) plan is kaput for the future?  Everyone has a private office (with a private entrance from the parking lot?) or wears a hazmat suit?  Certainly at the very least N-95 type masks would be used.

In the end, we designers have work to do.  Our efficacy is being challenged.  Combined with work at home (no health risks for most), our clients still need a hybrid office model for the tried and true face-to-face meetings that happen weekly, biweekly, daily, or who knows?  Along with the person-to-person exchange of information only found there IRL.  Not to mention, the camaraderie.  I have to point out here that Facebook and Twitter both announced that stay at homework will be permanent for their employees who wish to take advantage.  They believe that a physically distributed workforce is eminently practical with effective means of monitoring performance and productivity.  The hybrid model maybe, as they say, permanent.  At the very least, we must adapt.  The landscape is changing at lighting speed.  And we will be addressing this and adjusting to this new reality in our own offices shortly: