Shinnecock Hills clubhouse was designed by a shady architect who was the murder victim of a jealous husband in 1906.
Musings
July 25, 2022 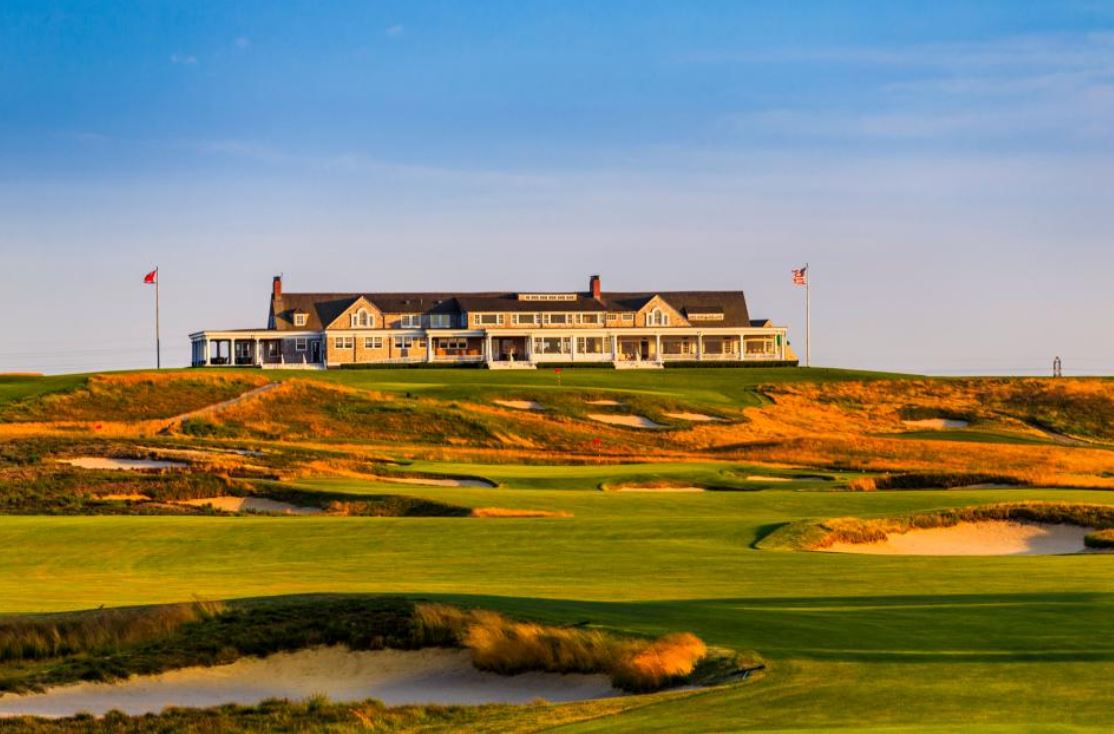 In 1986, while watching the U.S. Open at Shinnecock Hills Golf Club on ABC Sports, I saw this beautiful low slung clubhouse type structure atop a hill in the background. Although I did not know it at the time, the impressive building is the Stanford White designed golf clubhouse of the same name, built in 1894 during the Gilded Age.  It is the first and oldest clubhouse in America. The clubhouse has been simply remodeled over the years but its original formal expression is still mostly intact:

Although a somewhat modest work, the clubhouse is striking in how it works in context with the majestic landscape which is pretty dramatic on TV.  And it will once again host the U.S. Open in 2026.

Since that first impression, I have read about the building’s architect and about the golf club’s assistant pro, John Shippen. He was the first American-born golf professional and the son of a slave at a time when golf pros in America were British and Irish. Most people know of architect Stanford White and his ultimate demise, but few know of Mr. Shippen and his status as the first American pro and first African American pro.  I confess that I did not, and I play the game.

I meant for this blog to be about the Shinnecock Hills golf clubhouse’s architecture, but instead I went down a path of researching Stanford White’s murder in 1906 (more later), and John Shippen’s lack of recognition for breaking the color barrier at the U.S. Open in 1896. The 1896 U.S. Open was held at the newly formed all white Shinnecock Hills Golf Club. Let me give a shout out to USGA president, Theodore Havemeyer, who declared that there would be no tournament if Shippen were not permitted to enter. He played well and placed 5th.

Shippen, who was not only African American, was partially Native American as well, just like Tiger Woods. This common ancestry is like a pair of bookends in the history of the game. Mr. Shippen lived until the 1960’s but he didn’t receive proper recognition for his pioneering efforts and contributions to the game until after his death.

All I knew of him before starting my research is that he was the designer to the stars at the time of and during Manhattan’s Gilded Age. What I learned about him when investigating his murder is that besides being a man-about-town, he was a rather sleazy character. Harry Thaw, White’s killer,was married to Evelyn Nesbit, whom Stanford White raped when she was just 16 and then began an on again / off again affair with the teenager for the following 3 years. This proclivity to pursuing underage girls, led in the end to his ultimate demise.  The trial of his killer, Harry Thaw, was billed at the time as the “Trial of the Century”. White suffered no consequences for his actions until HarryThaw shot him three times after a play at the Madison Square Garden rooftop theater in 1906 for having forced himself upon Nesbit. White was the architect of the theater.

Harry had a history of mental illness, and was acquitted by reason of insanity after two trials.  He lived until 1947 and died a peaceful death in Florida, having been satisfied to his dying day that he did the right thing. Apparently so did everyone else, including law enforcement as seen in Thaw’s jail cell below awaiting trial, that included catered meals from Delmonico’s and a brand new brass bed:

Much has been written about White’s murder and about the Nesbit relationship. A movie was made about it in 1955 entitled “The Girl in the Red Velvet Swing” (yes,Stanford White had a red velvet swing in his living room in his townhouse on 24th street) with Joan Collins as Nesbit and Ray Milland as White.  The movie portrays their relationship as aromance which it clearly was not, as Nesbit testified at the trial.  She was 16 and he was 48, and he was accusedof drugging her.  In addition, there is currentlyan HBO series entitled The Gilded Age which also portrays White’s proclivities,but I do not know of its accuracy and I have not seen the series.

Now…given all of this, Stanford White’s firm, McKim, Mead and White did a considerable amount of work, some of which is/was quite good.  All three were young when they formed their firm in the 1890’s, but well connected.  White himself was not formally trained as an architect, instead he obtained an apprenticeship with the famous architect H.H. Richardson.

Having said this and having not a bit of admiration for White’s character, his professional background should get a mention.  From high school he went to work as an apprentice for six years for H. H. Richardson, as mentioned above.  Richardson was a character in and of himself (although his mother sold slaves from their Louisiana family plantation to pay his tuition at Harvard…not something to brag about to say the least and something to be taken very seriously when discussing Richardson). I mention Richardson though in the context of Whites’s architecture, that of McKim, Mead,& White’s light woodenesque New England Shingle Style, and it being quite a departure from the heavy handed stone buildings of H. H. Richardson, for which White was trained.  This shingle style, with its sometimes elaborate detailing, is also a departure from the modern American architecture being developed in the Chicago School at that time.  But the simplicity of the Shinnecock Hills Clubhouse was before the more ornate buildings that came later and much better, I think.

Today, with few exceptions, like the Whistling Straits clubhouse in Wisconsin in the 1980’s, and the 1934 (originally 1854) Augusta National Golf Clubhouse, both shown below, most other clubhouses around the world are overdone and over scaled neo-Tuscan or neo-anything else copies of times gone by, not at all picking up on the simplicity of the Shinnecock Hills Clubhouse.

The above referenced Augusta National golf club and its antebellum roots: Its simplicity, like Shinnecock Hills, is stunning.  However, it was originally an 1854 home on a slave plantation built by Dennis Redmond, not a clubhouse.  It was later in the 1930’s converted to a clubhouse when Augusta National golf course, home of the Masters, was built. Its architectural heritage, unlike Shinnecock, comes from a different place and can be seen in the Creole architecture of the 1790 Louisiana Destrehan Plantation and its model and photos below:

The Destrehan Plantation house above, still standing, is interesting for its similarities to Shinnecock in its simplicity, and not for its history of slavery beginnings.  I point this out because the Augusta clubhouse is an icon of the Masters tournament, but enslaved people  built it and that history should not be overlooked or forgotten.  I hope there are many sports fans however who know this history when watching the Masters, for it is the most famous tournament in the world and my favorite.

So the stunning view of the original Shinnecock Hills clubhouse, although designed by a shady architect who was the murder victim of an unhinged jealous husband, is what caught my attention when first viewed backin 1986.  Someday, maybe, I will get there.