A look at David Tritt's favorite sports stadiums and the architectural attributes of each.
Musings
March 30, 2022 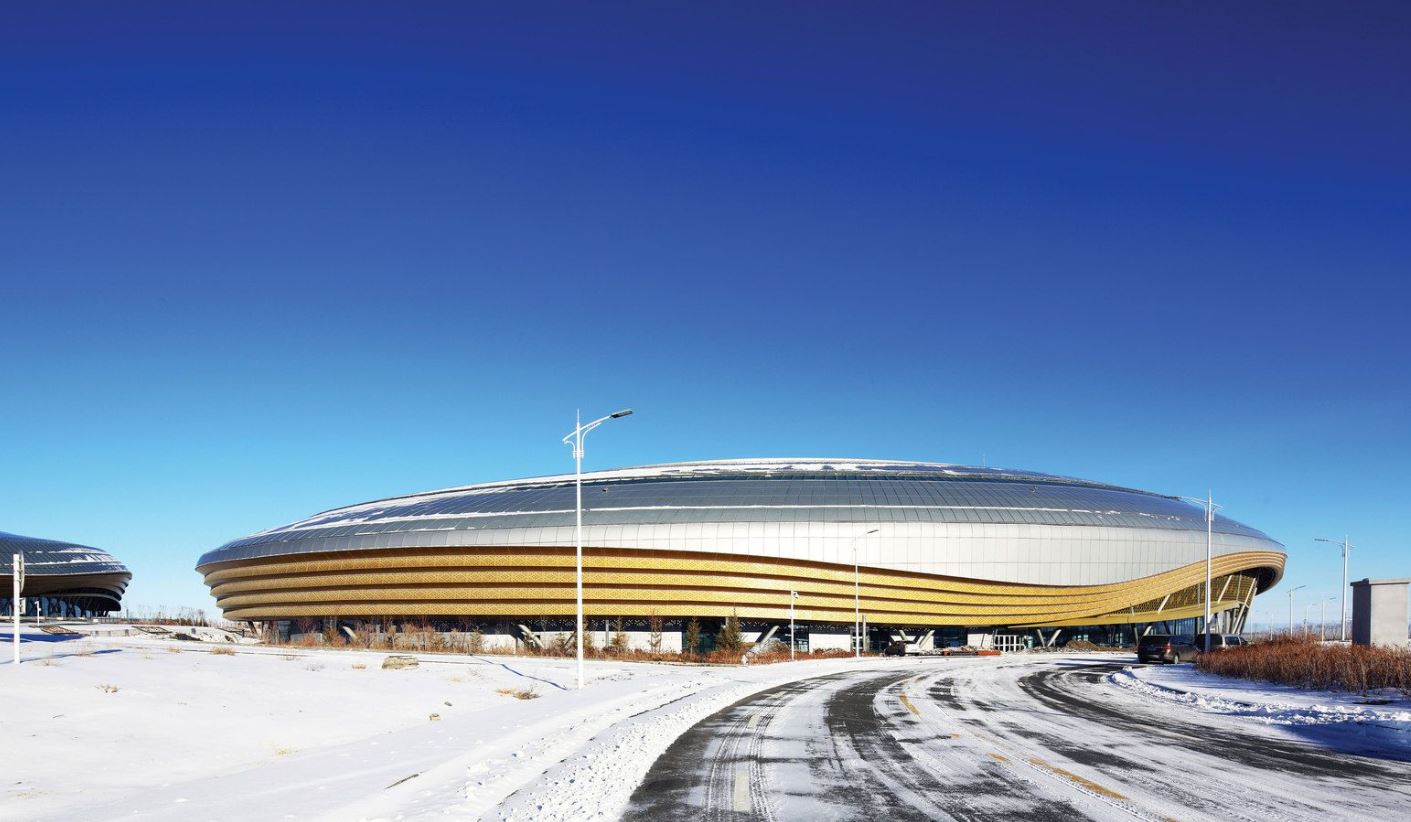 I have considered no objective criteria in my following comments about stadium design.  But some of my thoughts that ARE objective, a little bit maybe, are itemized as to what I find interesting about each.  Some are American football stadiums and some are soccer stadiums from around the world. No baseball stadiums (except maybe Wrigley in Chicago, my favorite, and now that I am writing about it I would consider Dodger Stadium also, especially its approach).

So, looking at the Power 5 American college football conferences I will choose one stadium from each that I have always found to be places that I both admire architecturally and places I would like to spend some time. Especially in the fall.  These choices are probably not for everybody but here goes mine:

First off is the big time SEC.  My choice: The University of South Carolina’s William-Brice Football Stadium

What has always attracted me to this facility on television is the drama of the field lights mounted atop the stands and the stacked orderly pedestrian ramps at either end.  And the symmetry.  ‘Nough said.

Also in the south is the ACC.  My choice: The University of North Carolina’s Kenan Memorial Stadium

What I enjoy about this stadium is that it is buried within the heart of the campus as seen in the right hand photo above vs. being sited out in the middle of a huge parking lot somewhere at the edge of campus. The pedestrian approach is one of “where is the stadium?” until one reaches it.  It is really a pleasant experience. Talk about context.

Next up is the Big 10: My choice is the ORIGINAL 1922 Ohio Stadium on the campus of The Ohio State University.  I am showing it below in its original 1922 form and in a 1943 aerial photo:

The original symmetrical horseshoe shaped design was a stand-alone set piece on the western edge of campus adjacent to the Olentangy River and could be seen from afar as apiece of art as well as a football stadium. There have been many additions and renovations since and it does not in any way resemble today its original form. Again, ‘nough said.

Next: the Big 12: My choice is Baylor University’s McLane Stadium

Formally, I am not thrilled with the colonnaded sunscreen. There are more elegant ways to do that (see South American stadiums) but its site on the river in Waco is pretty dramatic.  Face it, there is not much to choose from in the Big 12.

And finally the Pac-12:  One of the nicest college stadiums in the country is Husky Stadium at the University of Washington

(There is a soccer stadium in Braga Portugal that is of a similar parti that I admire and will show later.)  In good weather there is not a better college experience anywhere than at Husky Stadium (except maybe at the University of Georgia).

Although I have already mentioned a stadium in Ohio I thought I would speak of one more, a professional football stadium that I attended with my dad and uncle as a kid that no longer exists: Municipal Stadium in Cleveland Ohio, often called the “mistake by the lake” and home of the Cleveland Browns.  I LOVED that stadium (shown on the right) not so much for kind of Mad Max drab appearance but for the personal memories, AND the Browns won a lot there too:

I have to admit though that the replacement stadium, First Energy shown on the left, where the newly minted Browns play is pretty nice, both formally and in terms of cleanliness.  But the Browns lose a lot in this new facility.

Speaking of stadiums I loved (although impossible to get to) was Candlestick Park in San Francisco.  At eye level from the freeway I always thought it looked like a spaceship that had landed on Candlestick Point, but like in Cleveland it was demolished:

After being a little side-tracked with the two pro football stadiums above, there are many soccer stadiums (or stadia) outside of the U.S. that far exceed in my opinion the stadiums here in the United States.

In no particular order (except for the best one last):

One of the coolest stadiums on the planet is the Munich Olympic Stadium designed by the famous architect/engineer Frei Otto in 1972 as shown above.  When this was done I think that it did not get the credit it deserved, however later Mr. Otto did receive the Pritzker Prize for his whole body of work.  It is used now for cultural events since the construction of the terrific Allianz Arena in Munich (shown below) in 2005 has taken over the soccer matches that used to be held at Olympic Stadium:

Munich it seems has a monopoly on great stadium architecture.

On east it would appear that Budapest is on a stadium building binge with 3 or 4 new facilities, above and below:

And then in the future, below, also in Budapest is the winner of an architectural competition that caught my eye:

As can be seen in the above photo, and in several of the new stadiums outside of the U.S., there is a propensity for designing simple domes.  The only one of significance that comes to mind in the U.S. however is the Superdome in New Orleans.  There are other American examples, but not as elegant or inspiring as some of the newer projects from around the world.

For instance “Perth Stadium” in Australia, although not a dome it exudes a certain “classic roundness” (the Coliseum?) and enclosure:

This round circular plan shape has been resoundingly rejected here in the U.S., witness the demolition of several round stadiums built in the ‘70’s:

Veteran’s Stadium in Philadelphia, Three Rivers Stadium in Pittsburgh, Great American Ball Park where the Red’s play in Cincinnati, and Shea Stadium in New York.  Round things all gone.  Good-bye. Seems to work just fine in the rest of the world, however.

Next up is South America.  Rio de Janeiro built a magnificent round stadium for the Olympics, Maracanã Stadium, that has been completely abandoned now that the circus that is the Olympics has left town:

MARACANÃ STADIUM IN RIO, abandoned and beginning to decay.

The reasons it is no longer used are vague, but apparently it is a financial issue.  A shame.

Another somewhat great round old stadium in South America is the Estadio Centenario in Montevideo, Uraguay designed by Marcello Campi:

But for my money the best stadium I have seen in a long time is the Braga Municipal Stadium in Braga, Portugal, designed by Edoardo Souto de Moura:

With spectator stands facing each other 220 meters apart on either side of the playing field, and open ended sides facing what once was a stone quarry on one end and a view of the city at the other, it is a truly wonderful landmark in the landscape.  Pretty cool.  And not round.  Could even pass muster in the U.S. now that round is out.

That’s all I got this week, am going through some construction issues at my own home that are preoccupying my time and frustration level. All the things we tell our clients about the trials and tribulations of construction are coming true for my own family. Will be over soon.