The World of Minor League Ballparks

David Tritt reminisces on beloved baseball memories and discusses the historical importance of Minor League ballparks to the sport itself.
Musings
November 17, 2021 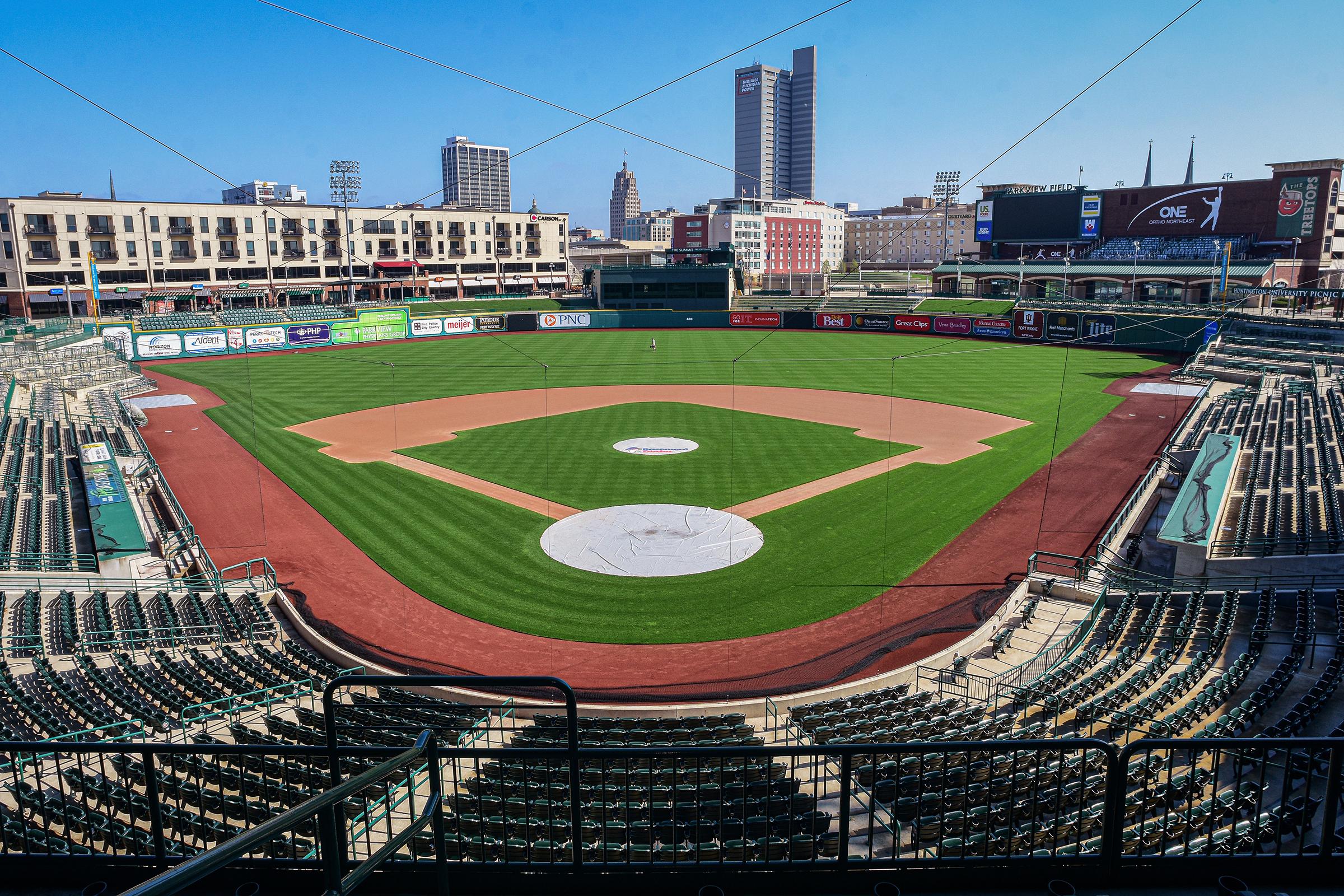 This year on May 6 is Willie Mays’s 90th birthday. Mays’s career started with stints in the Negro League and the minor leagues before he would become a Major League Baseball legend. One of the stadiums which saw Mays’s beginnings is Rickwood Field in Birmingham, Alabama, which is also the oldest existing baseball stadium of any sort in the United States (built in 1910). It is the original home of the minor league team, the Birmingham Barons, who date back to 1888. (Of note: the oldest existing stadium for any sport is Franklin Field in Philadelphia on the campus of the University of Pennsylvania, built in 1895.)

Satchel Paige, Babe Ruth, and Jackie Robinson have all taken their turn at bat in Rickwood Field. The 1948 Negro League World Series, the last one, was played there between the Birmingham Black Barons and the Washington Homestead Grays. Even though I am concentrating on Minor League baseball parks, this World Series was a Major League event. It also was 17 year old Willie Mays’s first professional baseball appearance.

Another side note: As a very young child, along with my dad, I saw Satchel Paige pitch. Satchel Paige must have been in his 60s by then. He was touring small towns with a team of players to take on the local teams of those towns. My dad was so excited to watch Paige on the mound. Paige is generally considered the best pitcher of the 20th Century, but was never permitted to pitch during his prime in the “white Major Leagues” of that time. The same was not true for small town leagues in his later life, so my hometown team, the Cambridge Ohio American Legion team, went up against him. Frank Hebrock hit a home run at his first at bat. Satchel bore down from then on and no more runs were scored against him. Dad always said that Satchel let him hit that home run on purpose, so as to endear him to the hometown fans, and to not embarrass the locals. I will never forget that day.

(Speaking of my dad, another baseball story is that I have a baseball at home that my dad caught at a Cleveland Indians game in 1949 hit by Larry Doby, the first African American player in the American League. Along with my Babe Ruth autographed baseball from my grandfather, it is among my most cherished possessions.)

But back to minor league stadiums. My first run in with one was in Columbus, Ohio. The old Cooper Stadium, home to the Columbus Jets at the time. But Columbus has one of the new generation of minor league parks now: Huntington Park, and it is nice, new, modern and is located downtown. The former ballpark, Cooper Stadium, originally built at a different location in 1932, has been abandoned:

There are currently 159 minor league baseball stadiums in North America. I want to illustrate and follow the locations of the seven that cropped up in San Francisco in the late 19th and early 20th centuries which are all completely gone now. The two main minor league teams in the Bay Area at that time were the San Francisco Seals and the Oakland Oaks. There was a proliferation of ballparks on both sides of the Bay, but I am concentrating on the series of minor league stadiums in San Francisco.

There were seven main stadiums scattered around the city, culminating in 1931 with the construction of Seals Stadium on 16th Street, which is now a shopping center:

Seals Stadium was home to the San Francisco Seals, the Mission Reds, and while Candlestick Park was being constructed in 1958, the transplanted New York Giants, who then became the San Francisco Giants. The stadium seated 23,000 and there was even a live seal in a water tank (pretty cruel) in the concession area.

However, Joltin’ Joe Dimaggio was a Seal at one time early in his career, as seen below: (I saw Joe once at lunch in the Presidio, he was at the next table with friends watching the first game of the 1988 World Series on TV. I enjoyed overhearing his running commentary. It was the Dodger game that that Kirk Gibson’s pinch hit homerun in the bottom of the 9th won the game, even though he was out of the lineup initially with leg injuries. Google it, it was thrilling.)

The first minor league professional baseball park in San Francisco (and in all of California) was called Recreation Park and existed from 1868 to 1884. It has become known over time as Recreation Park I since there were two other “Recreation Parks” at different locations to follow in the subsequent 50 years. Sometimes this park was referred to as “Recreation Grounds” as well as seen in the photo below. The inaugural game was between the Oakland Wide Awakes and the San Francisco Eagles. The Eagles won 37 to 23 in front of 4000 paying fans. The stadium was located at current day Garfield Square which is at 25th Street and Folsom:

Central Park was the next venue, built in 1884 and located downtown at 8th and Market Streets. It held up to 15,000 fans and was located along main transportation lines. The San Francisco Seals started using the stadium in 1903, but the earthquake in 1906 destroyed it. There is an old photo taken in 1901 on the next page; it was roughly where architect Thom Mayne’s new Federal Office Building is currently located:

Almost at the same time, in the Haight, another ballpark was constructed in 1886. It was located just east of the current day Kezar Stadium and was called the Haight Street Recreation Grounds. It was also known as California Baseball Park and seated up to 14,000 spectators; it lasted until 1895:

The next park, Recreation Park II , was also destroyed in the 1906 earthquake, along with the California League Grounds location as seen above in the paragraph on SEALS STADIUM):

This brings us to the final precursor to Seals Stadium: Recreation Park III which lasted from 1907 until Seals Stadium was built in 1930. It seated 15,000 and was the home field to the San Francisco Seals. Located in the Mission District, it has since been demolished and replaced with family housing at Valencia and 14th Streets, but for a long period of time this was the main baseball stadium in San Francisco:

San Francisco does not have a minor league team any more, just the major league Giants . (The East Bay has a similar history to San Francisco’s, but that is the subject for another blog post.) But I must point out at least one minor league stadium in Emeryville though, the Oakland Oaks home park: Oaks Park, from 1913 to 1955, and is shown on the next page. It was located where PIXAR MOVIE STUDIOS now exists on Park Ave. at San Pablo.

As mentioned before, none of these parks still exist nor do any of the teams that played in them exist, but baseball surely had a strong foothold 150 years ago in the Bay Area. As much as it did east of the Mississippi River during those years. I know my grandfather would tell me stories of Cy Young living on the next farm over from the one he grew up on back in the hills in southern Ohio. It is great to see baseball just as strong today in its own way as it was then.